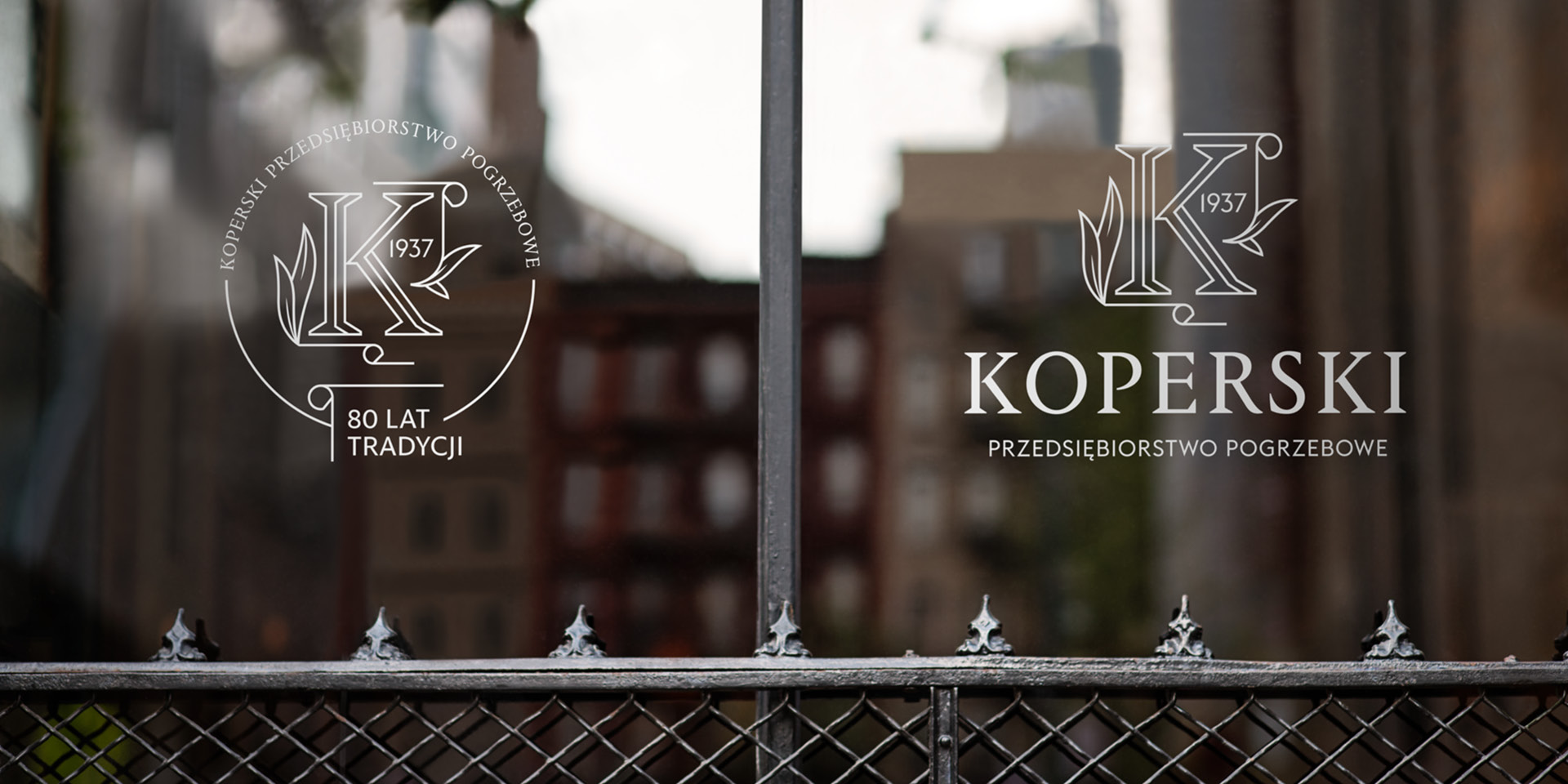 “The Polish funeral market continuously avoids any changes of image. Industry trends do not follow patterns of revolution: they only change in the course of slow, evolutionary processes. Social changes represent an exponent of industry modifications. Looking at the funeral services market from a certain perspective, we can clearly see that it lags behind other business sectors that emerged in the 1990s in terms of communication. It remains at the margin of cultural and social change. The industry remains unaffected even by church activities aimed at modernising forms of communication (modern architecture, communication with the youth). It hides behind the requirements of tradition that are not reflected in actual forms created by culture, either historically or presently. The Koperski company is one of the oldest on the market. Since the very foundation in 1937 until now it has remained a family company. It has set the quality and directions of changes in the Polish funeral industry for years and has guaranteed top quality of offered services and customer relations.” – reads the website of UVMW, experts in the field of visual identification and design.

This was one of the most difficult and risky processes that we completed last year. The rebranding of such a well-known company, so deeply rooted in the local community, poses a challenge not only for the project executors, but also for the company itself, as it must fully back the new image. The changes were plenty, such as pink obituaries so closely associated with the Koperski company – the so-called sensitive materials – that were changed into more homogenous ones, better harmonised with the brand’s visual concept: 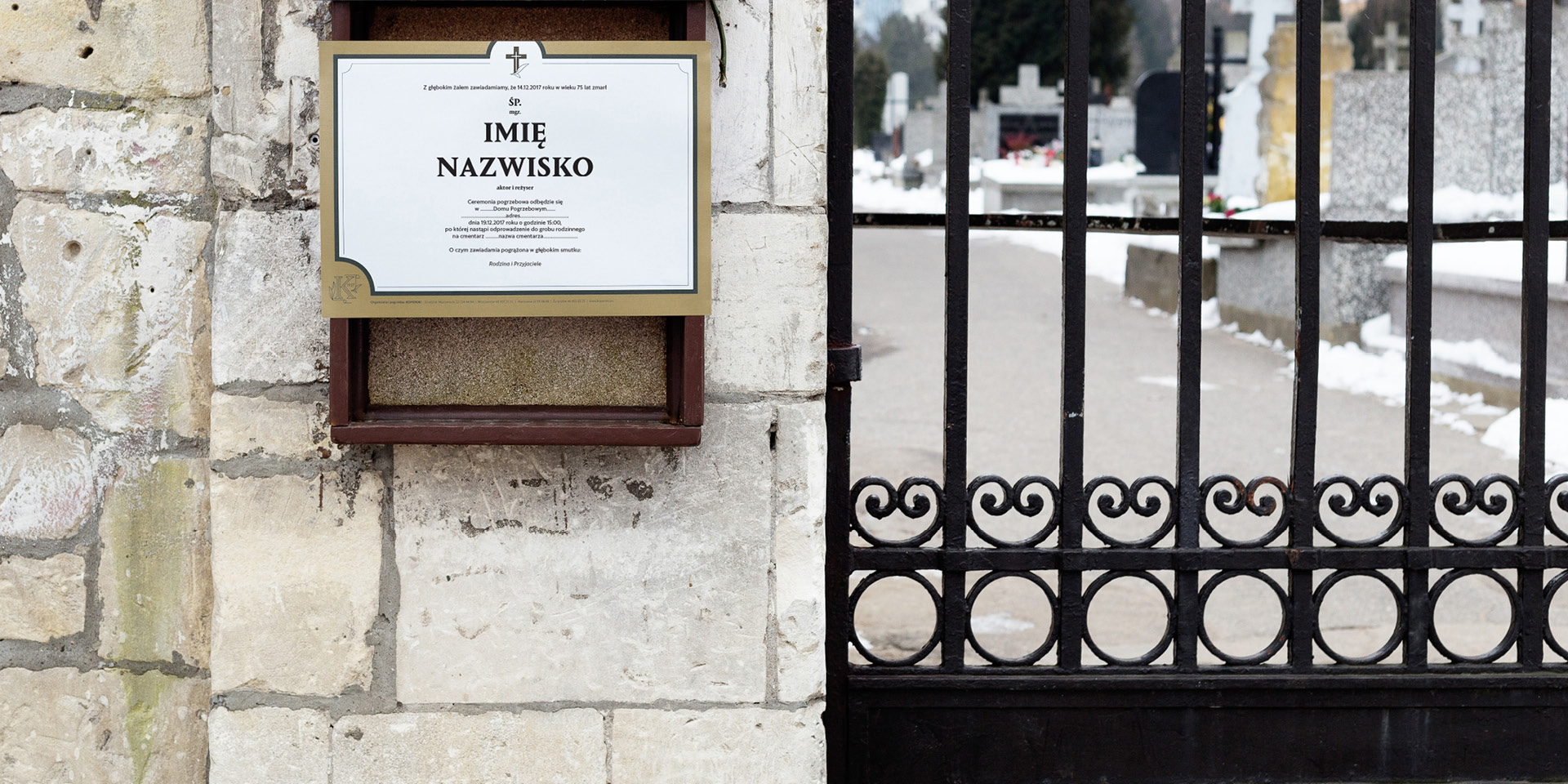 Being responsible not only for the change in the brand image, but also for the space in which the new visual code will function, we decided to ask for specialist help. The key aspect here was a comprehensive approach to the topic. 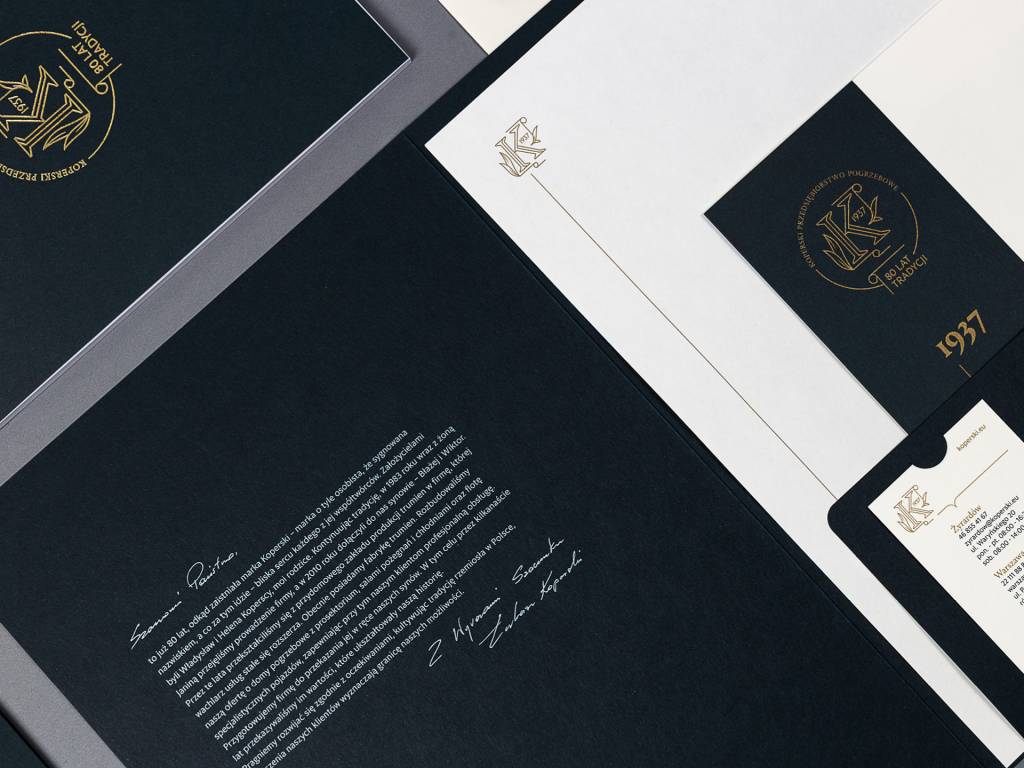 Therefore, the result of work that lasted many months is the amended branding of the company – from business cards and paper materials, through vehicle labelling to banners on buildings (implemented gradually). We are immensely pleased by the fact that we had a chance to work with such a professional team that proved both its reliability and interest in the not-so-easy industry. It resulted in a detailed analysis of the sector. . You can read more about this in a case study created solely on the basis of our experiences on the UVMW website. It is a privilege to be able to continue developing the company using the world’s leading standards and benefit from the assistance of specialists in order to change the face of the industry that accompanies people in their most difficult moments. After all, this is the first ever case of collaboration between the funeral industry entity with image specialists. To us, it represents another step that brings us closer to the Western patterns of providing funeral services.

Thus, we would like to express our thankfulness to all persons responsible for the project:

They made it easier for us to push through this complicated process of refreshing our image. It is also worth mentioning that the process of changing the visual identification of the company was carried out expeditiously and efficiently.